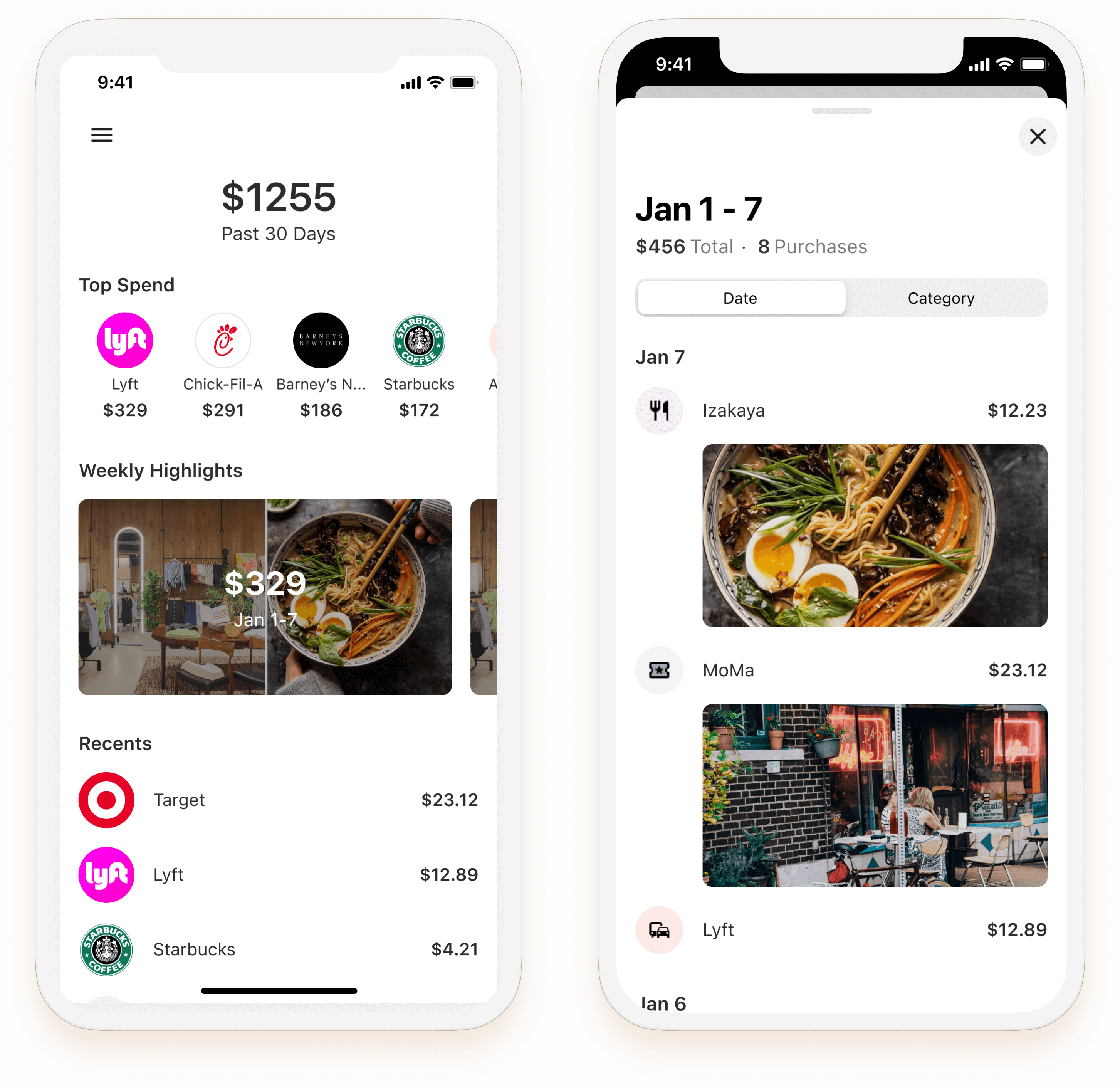 From our research, knowing where your money is going is often a major first step in achieving bigger financial goals, like paying off debt, saving for a home or beginning to invest.

While there’s lots of solutions on the market, the data has shown that they haven’t worked for all folks. Most solutions are built around graphs and using negative reinforcement to get you to cut back. But we think we have a different way.

The inspiration to do something different came from Spotify's Year-in-Review. What if instead of budgeting or graphs, you can just look at your spending through photos linked to your transactions? (with Google Places API) and come to your own conclusions without any judgement.

Early concept for creating a feed that bundles your spending.

We got  positive feedback on the visual concept. We also learned that people have to manually review their transactions to try to figure out why their balance is so high.

We thought that if we could evolve the concept to display spending data, and add up totals for merchant spending, we could help people avoid doing any mental math. 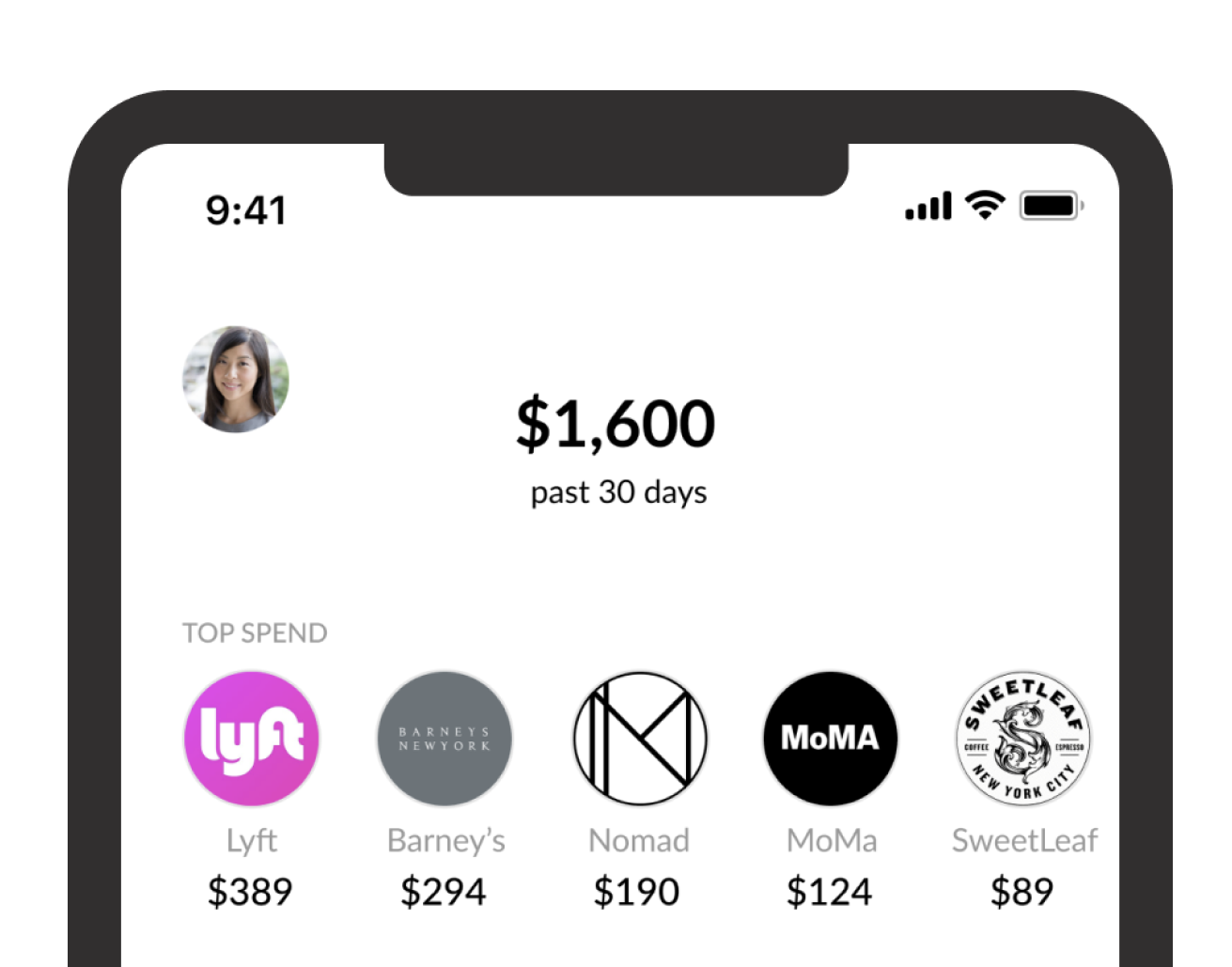 Merchant totals in Top Spend component to give a quick sense of where your money is going.

We brought back the photos and a time dimension to visualize spending by week. This presented spending in a visual spending feed. Organizing spending this way created an interesting behaviour of letting people feel like each week they get to have a fresh start.
‍
It allowed a feeling of having control without having to create any budgets or look at graphs. 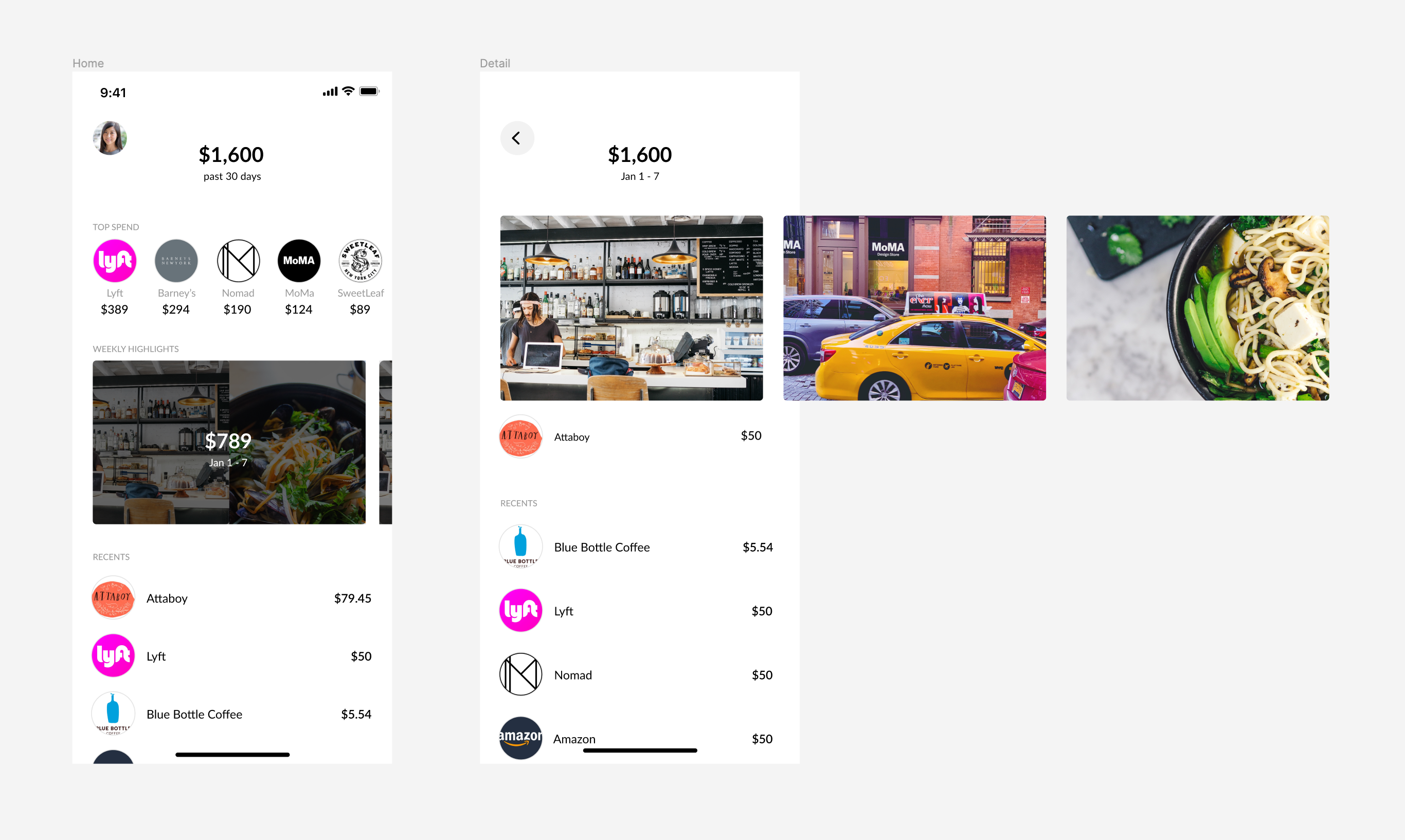 A lot of our work included mapping out our own transactions and experimenting with different ways of organizing and grouping data to make it really easy to get a sense of your spending at a glance. 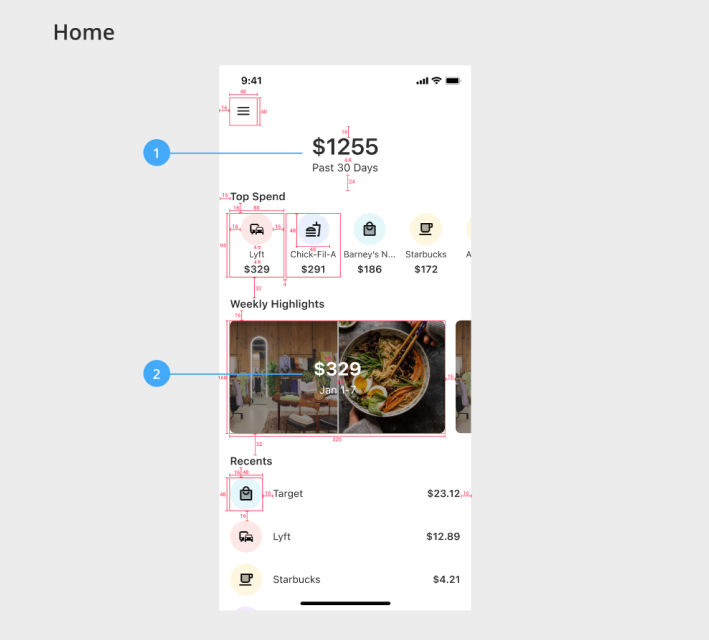 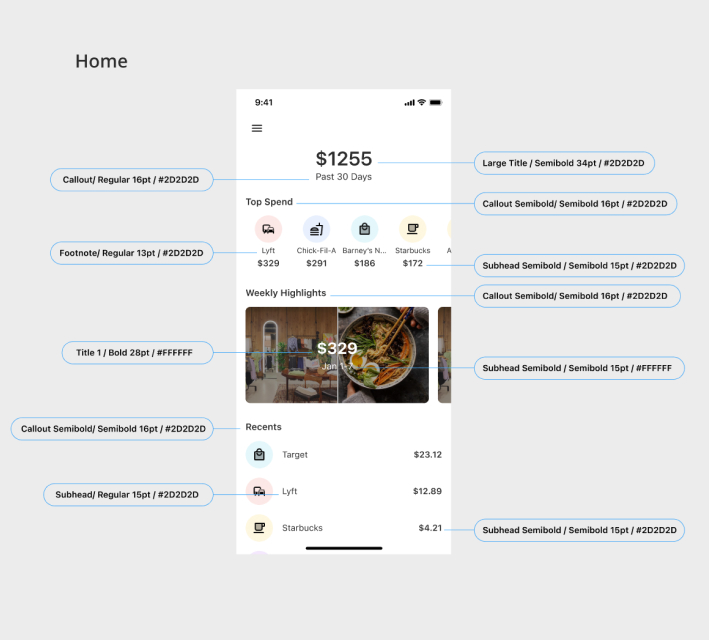 We recently finished the build phase and tested it with folks using their own data. The response was amazing and we learned a ton. This product is slated to go live soon in the US.

Lots of folks ultimately helped on the production of this, but the early concept  was built by Amanda Cheung (Design), Neil Bakhle (iOS) and myself.